Get it right and Thombi feels deceptively easy. Get it wrong and Thombi can be nasty!

Take this rapid very seriously. It must be shot in one place only – in the right hand channel, hugging the granite “pinnacle rock” that protrudes at most levels – if you cant see this pinnacle rock then get out because the river is huge and Thombi not worth the risk!

There is normally a keen lifesaver/diver station on the pinnacle rock showing you where to enter Thombi. Literally look for the driest line possible, closest to the pinnacle rock on the left of this right hand channel, scrape over the ledge pointing straight downriver and paddle away strongly, picking a line between the big rocks that are right in front of you as you exit.

Graeme Pope-Ellis had a classic line at Thombi that involved hugging the pinnacle rock but pointing left. This kicks you left and deposits you into a calm eddy at the foot of the rapid, where you can calmly pick your line out of the rapid down the centre of the river, and not have to worry about the big rocks in play down the right.

In a full river the funnel drop a hundred meters above Thombi will push you to the left of the river and it looks like there is an option to shoot Thombi through one of two slots on the left. Both are steep and littered with rocks in bad places. Get out of you find yourself left of the pinnacle rock rather than run the risk of shooting Thombi on a line that has already claimed a life. 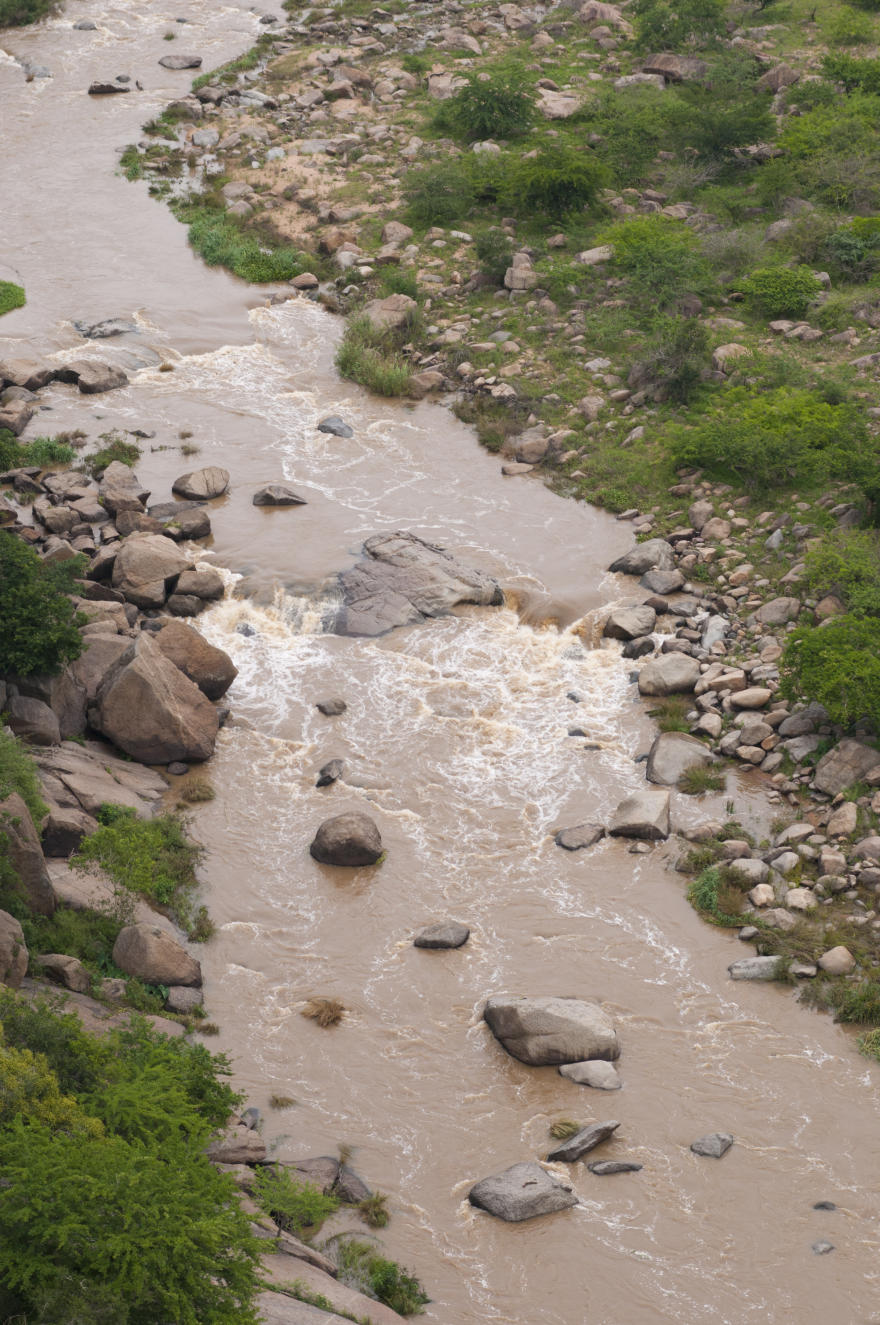